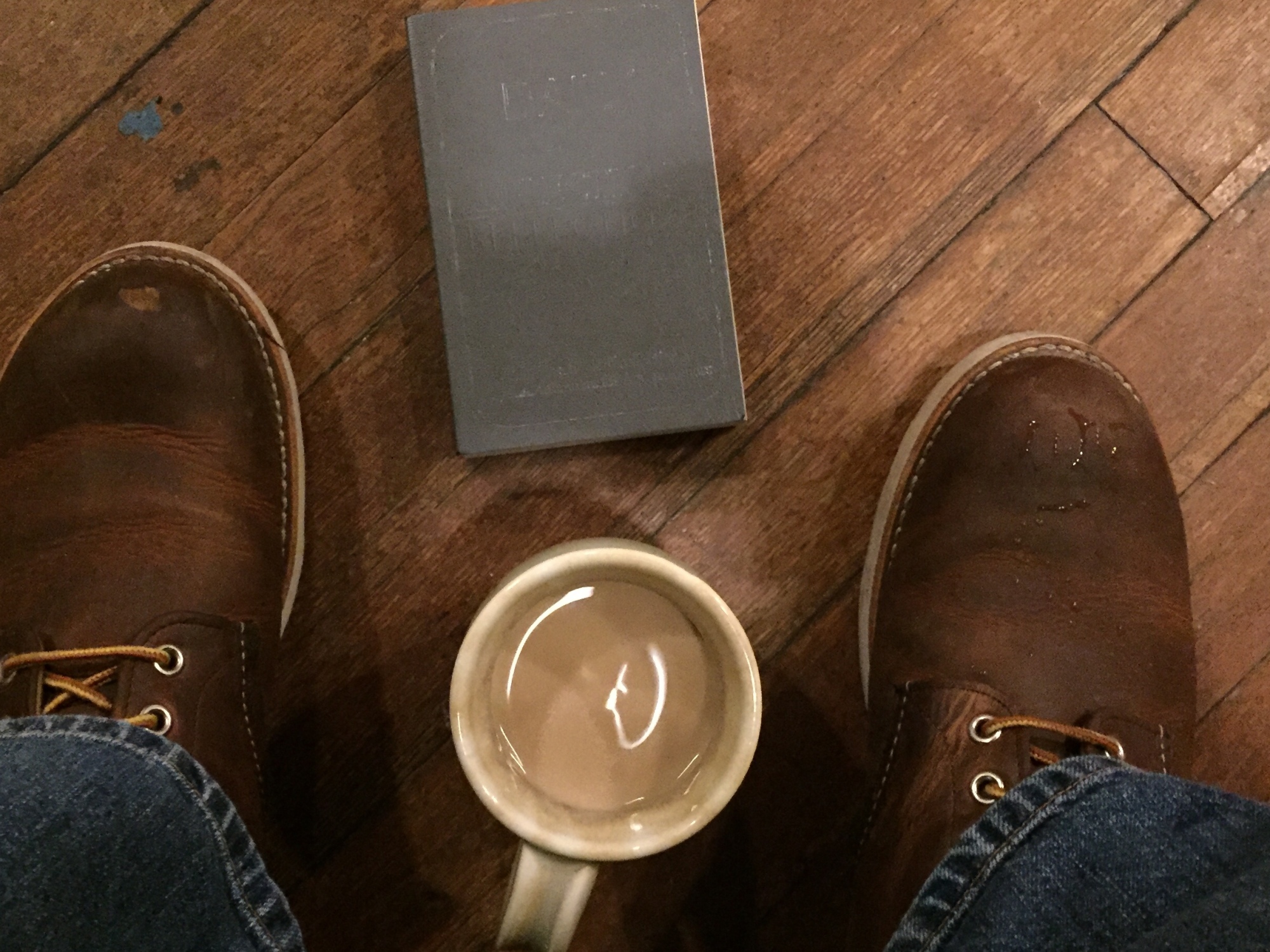 I have loved boots as long as I can remember. I remember having rubber boots that buttoned around the front when I was very small, wearing sandwich bags over my feet to go out in the snow. When I was in second grade, after we moved to the sticks, I started asking for a pair of cowboy boots, and a insulated vest, because that’s what the kids who’s parents had farms wore to school.

My parents got me a pair of cowboy boots for Christmas and I wore them long after they were too tight for my feet. The were the coolest — the toe, vamp, and heal of the uppers were light brown and the shaft was dark brown with white stitching on the sides.

In high school, I was one of the kids who wore combat boots. I wanted Dr. Martens desperately, especially in the ox-blood color but they were expensive — and the skin heads wore the ox-bloods. The rumor was that you’d get your ass kicked if you were wearing them and were caught by the skins. To boot (pun intended) they’d steal the boots right off your feet. One of my childhood friends got caught up in the skins, and he was the one who told me these stories. I believed him, whether they were true or not.

All this is to say, that I come by the boots thing honestly.

When I got sober though, boots took on a new meaning for me. I had tentatively started tweeting about my sobriety, under my original handle “ddeville.” As I learned more about the Traditions, I felt a need to anonymize my handle. I started out with “sobercyclist” but there was another person who was using this in place of her name and it was confusing to folks. As I sat at my desk one afternoon, wearing a pair of harness boots, I came up with “soberboots” and I hastily registered this domain name. And I quickly developed a sense of an identity around the name soberboots.

I remember feeling out of place at meetings. I had no criminal record, no DUIs, no arrests, no fights, none of what I saw as the trappings of an alcoholic. I thought that I needed to be a hard ass. That I needed to craft an identity that fit the picture of an alcoholic in my mind. I don’t know where I got this, admittedly insane, idea. But I confess that I liked the name “soberboots” because it came with an air of toughness that I felt I needed to be a person in recovery. And I started buying more boots.

The first pair was a legitimate replacement for a worn out pair of ankle high boots lace up boots that I already had. It was a pair of Red Wing Moc-Toes with a lug sole. They were super stiff. They were hard ass. I felt like a bad ass in them.

Next I bought a pair of Red Wing Beckmens in Cherry Featherstone leather. They were a glorious shade of oxblood. I loved the color and I was no longer worried about skinheads beating me up and stealing my boots. And like all Red Wing boots, they were hard ass. Super tough.

Here’s the thing about Red Wing boots — they aren’t fucking comfortable. I know that some hipster out there will argue with me on this, and frankly I don’t give a shit. They are stiff as hell, completely unlined, and most people complain that they take for ever to break in. I’m here to say, that I don’t think they ever break in. I tried my damnedest and I don’t think I ever got them fully broken in even though I wore them nearly every day for a couple of years. And, they are super expensive. I’m embarrassed by how much money I spent on those boots to be honest.

A few years into my sobriety, I tried on a pair of Blundstones which are originally from Australia and are classic Chelsea boots. And they were like slippers — super comfortable boots. Like no pain at all. They look great and while they aren’t cheap, they don’t even come close to what Red Wings cost. Once I bought these boots, I almost never wore those hard ass Red Wings again. I still loved the look of them, but every time I put them on I found myself taking them off as soon as I could. I recognized that I wanted to be comfortable more than I wanted to look like a hard ass.

At the same time, I was becoming more comfortable in my sobriety. I realized that I needed to be me, not some insane idealization of “what an alcoholic looks like.” I found out that some of the dudes in the rooms who looked the roughest and toughest, were actually really compassionate. I learned that masculinity is not defined by boots and muscles, but by the ability to connect with others. I learned the difference between toxic masculinity and being a man.

Sometimes I think about changing the name of this blog. But I don’t think I’m going to. For one thing, my buddy Mark has said that the name is one of the greatest names he’s ever seen for a sobriety blog. And secondly, I feel like there’s still a metaphor in the name. I am walking a path of recovery, and I often wear boots, which provide me with protection and support — kind of like recovery does.